The world of apps since Apple released its first iPhone 2G has expanded dramatically, involving not only Apple devices. At the end of 2018, more than 7 million apps were estimated distributed among the App store iOS and Google Play store for Android. only a very small percentage of less than 0.03%, i.e. about 2100 Apps of these Apps are designed and developed for the drone market and about 70% of these are games or fake Drone Apps.

The purpose of this guide is to provide a clear and complete methodology on how to choose the apps for drones. The guide was born following a thorough investigation, lasting more than six months, on the drone Apps, present in the ITunes and Google Play stores. Here are the 10 golden rules to follow in choosing the Apps for your drone.

iOS or Android? – Image made by 4mydrone

The choice of the operating system (s.o.) on which to run the Apps to be used with the drone is the first choice to make, for the following reasons:

It is therefore clear that if you do not already have an apple device, the purchase from scratch implies a fairly sustained investment, for the same performance of the same App on devices with Android.

Choose Android as s.o. for Apps it does not mean degrading the drone’s performance, just as choosing iOS does not mean having more choice of App nor much higher flying. In the final analysis, it is a very personal economic choice to reflect on. 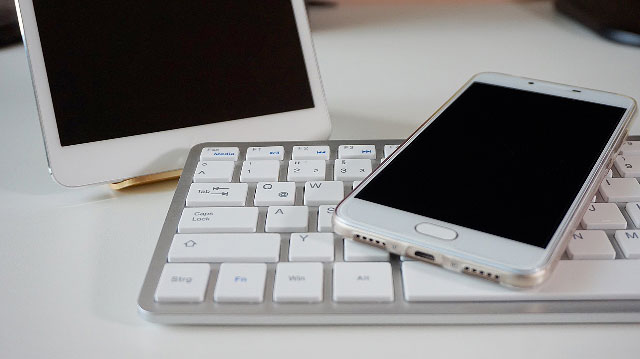 Another important parameter to keep in mind is the device or the hardware on which the Apps will run. The choice is therefore: tablet or smartphone?

Obviously, the tablet with its larger screen favors the use of all professional and non-professional apps, including those intended for example for flight planning or for acquiring images for aerial photogrammetry. The smartphone, even if with a screen larger than 5 inches, is also not suitable for the use of a DJI4 Go type App where, in addition to the FPV (First Person View), the telemetry data of the drone is provided.

However, if the use is purely hobbyist, a smartphone is preferable. For professional or more comfortable use, the tablet is recommended. For everyone it is however suggested, where possible, to have a backup smartphone with the same drone apps installed on the master device, in order to continue your flight activities even in the event of a crash of the main device. 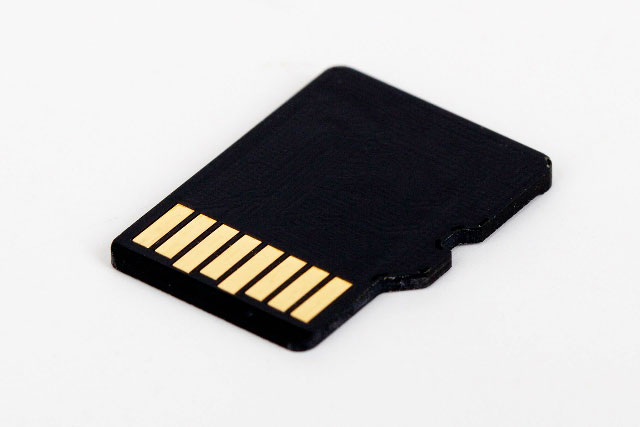 The storage of your device, be it a tablet or smartphone, in addition to that of your drone, must have a capacity more than enough to store video data, photos, or those captured by sensors.

Apple devices have objective limits: either you buy them with a certain capacity e.g. 64-128-256GB or nisba! Android is more flexible from this point. Through a MicroSD, you can easily reach 64 or 128GB! Devices with a storage memory of less than 32GB are therefore strongly discouraged !!! 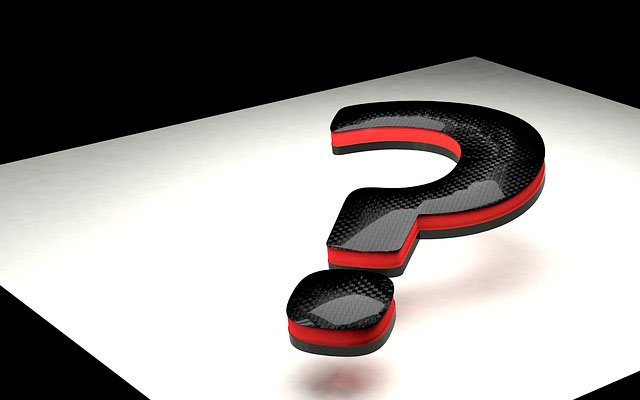 Which app choice for drones do you prefer? Those developed by the manufacturer or others developed ad hoc by third parties?

The answer is not easy, but the advice is to experiment. The effort made by drone manufacturers in the development of the App is little in relation to the potential of the medium. Their core business is the drone not the App! So, for example the App for DJI drones, DJ4Go although well done has objective limits related both to its usability (think of the difficulties every time you have to change a parameter to remember exactly where to do it), and in the fluidity of operation on iOS compared to Android.

So with the same features offered, the advice is to also experiment with the Apps developed ad hoc, perhaps with small flights, and then decide based on your actual needs. The temptation of free has no equal! But the quality and functionality offered by paid apps almost always make the difference.

For both markets it is possible to find, for example, Apps for flight planning free, of excellent quality, highly reliable, able to assist you in your aerial photogrammetric survey activities. On the other hand, other Apps, exclusively for a fee such as Litchi, outweighs the DJI Apps developed to manage its drones. The choice therefore to prefer free apps over paid ones or vice versa depends on the purpose for which you use the drone.

If the purpose is purely hobbyist, the suggestion is the choice of Apps for free drones, investing only for some Apps that are really worth it. For professional purposes, defining a limited set of “must2have” paid apps is a recommended exercise.

6. In-app purchases? No thanks!

In-App purchases – Yes or No?

Often it happens to find in the two markets of the amazing Apps – with a professional look – apparently free, but that in fact to work 100% they need In-App purchases.

The data collected on our sample of 540 Apps say that for iOS 11.3% of the Apps contain In-App Purchases, while for Android only 10.53%. The worst thing is that a small percentage of Apps in ITunes (2.90%) and Google Play (1.58%), already paying additional money ask to unlock the features that should already be unlocked!

So pay attention to the choice. Therefore, favor those Apps with a clear and defined In-App purchase policy, with sustainable costs. Avoid paid apps that require additional money to work 100%.

7. App with one or more functions? 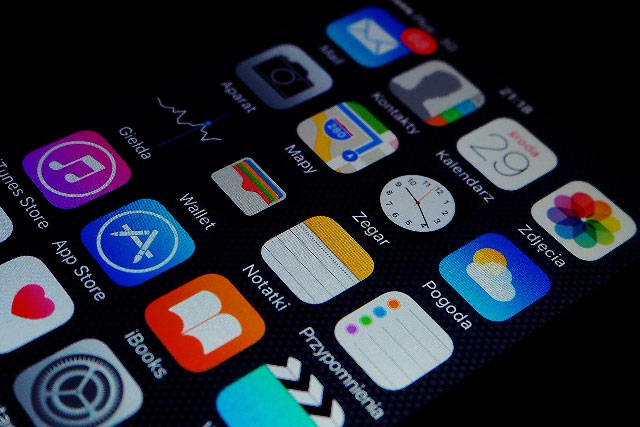 How many functions in one App? – Image taken from the pixabay.com site free for commercial use – Author StockSnap

When choosing an App for your drone, the best solution is to favor those Apps (especially if paid), which offer more features, or more functions. This is the typical case of the Apps intended for FPV flight or First Person View, which in addition to ensuring this function allow you to set and control the gimbal, send photos to the ground etc.

Keep in mind that in the two stores there are different Apps that can offer multiple functions at the same time (> 3), as well summarized in the graph below:

Not only this! Read carefully the description of the features offered, to be able to make a comparison with other similar ones. App with or without user ratings? – Image taken from pixabay.com free for commercial use – Author athree23

Another golden rule to be taken into account when choosing apps for drones are the app’s ratings by users. Those who download for free or purchase apps reserved for use with drone with iOS are not inclined to provide any feedback on the application in use. Here are the numbers: Just released! – Image made by 4mydrone

Apps for drones are affected by “early release” issues. That is, in many cases you will find apps that need repeated and daily updates to fix bugs. This indicates that they have not been carefully tested prior to their release and have a low code quality index. Not only that but the same could compromise the flight of your drone if not worse! 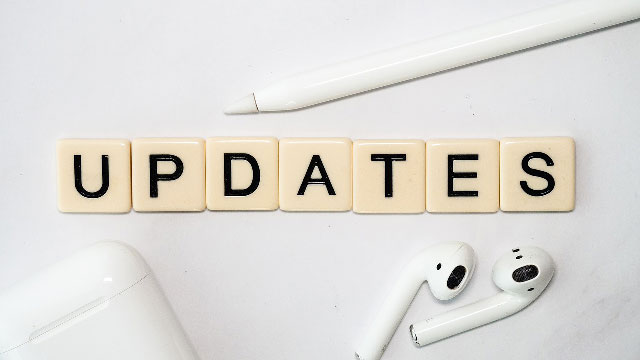 Updates – Image taken from the pixabay.com site free for commercial use – Author StockSnap

Last golden rule. The version of the S.O. iOS or Android required to operate the App.

You all know that iOS has come to release 13 and that Android is to release 10. Many drone apps in the two markets run on somewhat dated versions of the operating systems. Not necessarily your drone must fly with the tablet or smartphone with the latest SW release of the S.O., but it is good that this is maximum two – three releases back.

Apps developed on release of the O.S. old do not mean they are not efficient, but they certainly will not have excellent performance (jerky videos, high latency time, etc.). For the same functions, therefore, it is good to consider an App developed on an S.O. not old.

In the 4mydrone App Marketplace, each App is complete with an exhaustive technical sheet. We will soon exceed 600 reviewed apps! By following this guide, choosing the App for drones is much easier.

Furthermore, for various Apps, the operating guides have been drawn up to facilitate their use, such as those for UAV Forecast and AirMap.

Find the right App for your drone … and GO FLIGHT!

Note regarding the images: The images showed in the article are taken from pixabay.com, and are free for commercial use, with no attribution request. Each image however mentions the author who is the legitimate owner. The use of the images is exclusively for the purpose of a better understanding of the contents of the article. The featured image was created by 4mydrone.

Transponder: the point in view of the European...

What the European drone regulation says...