The payload is often the most precious and expensive part of our drone, especially if we refer to professional payloads such as multispectrum cameras, thermal cameras, LIDAR lasers or professional video cameras.

Taking for granted that everyone knows exactly what a drone payload is is an act of presumption that we cannot afford when we talk about expensive and specific tools.

The payload is an English term which translated into Italian literally means paying load. In practice, the payload identifies an instrument, which installed on a drone, performs a specific function.

So, for example, for a professional drone used for performing thermographic surveys on building facades or for finding missing persons, its payload is made up of the installed thermal imaging camera. 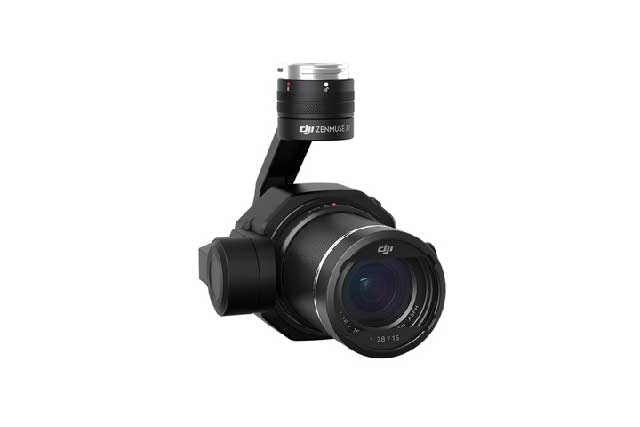 In the case instead of a drone used in free time such as a Mavic Air 2, in which the video camera is “in-built” with the drone, although this is a device that performs the function of shooting and photography, we cannot speak of a real payload as part of the drone.

Finally, it is good to remember that many insurance brokers define the payload as “all the loads and additional equipment to the UAV that are not strictly necessary for its operation“; understand well then that already the definition of the paylaod is questionable!!!

Why insure the payload

The legitimate question has immediate answers:

However, securing the payload is not an easy task, considering that insurances, as usual, play with clauses, and are not at all clear.

What does paylaod insurance cover (or what should it cover)

So here we are at the heart of the matter, that is to understand what the payload insurance covers.

In theory, it should be possible to insure the paylaod individually in relation to its value, possibly taking into account the obsolescence of the payload. So in the event of destruction or partial damage of this – on the ground or in flight – the insurance should compensate the insured value with the exception of any deductible (to which we will return shortly).

This regardless of the insurance of the vehicle (drone) on which it is installed.

In practice, it is not possible to insure only the payload but we are talking about a combined APR and paylaod insurance! In addition, some brokers only pay damages due to accidents during the flight !!!

Another element to keep in mind when approaching an insurance broker for the paylaod is that insurances cover damage to the drone (UAV) and payload together, without making a clear distinction between the insured value of the APR and that of the payload.

Do not forget also the impact of the deductible, or the economic part to be paid by the insured in the event of an accident, which also impacts the drone and payload. This is often expressed as a% value of the damage, even here, without a clear distinction between UAV and payload.

Finally, it should keep in mind that in practice accidents may occur in which the vehicle (i.e. the drone) does not report damage, while the payload does.

This is due to the position of the payload (most exposed), and to the relative robustness. Well how does insurance behave in this circumstance? Compensation in full, apart from the deductible, for the damage suffered to the paylaod or not? We are not given to know!

How to insure the paylaod

Faced with a rather disconcerting scenario, it seems an obligatory choice that it is possible to insure the paylaod only by insuring the drone against damages.

If this mandatory choice is still a good rule of thumb, ask the insurer in writing for clarifications about the premium paid for damages:

We know very well that insurances are not on the side of the insured and that the laws do not oblige these to clarify towards the end customer.

But since the money is ours it is good to ask several brokers for a quote, forcing them to answer questions in writing, without forgetting to try to tick the best offer to protect your largest investment: the payload.

Note regarding the images: The images of the payloads shown in the article and in the highlighted image are taken from the websites of the producers who are the legitimate owners. The use of images has the exclusive purpose of a better understanding of the contents of the article. The foreground image was created by 4mydrone, the paylaods in the image are: DJI Zenmuse X7 video camera, Flir Vue Pro R thermal camera, LIDAR Riegl VUX-1UAV, Micasense Altum nultispectrum camera, DJI matrix drone 600 Pro.