Transponder: the point in view of the European drone regulation 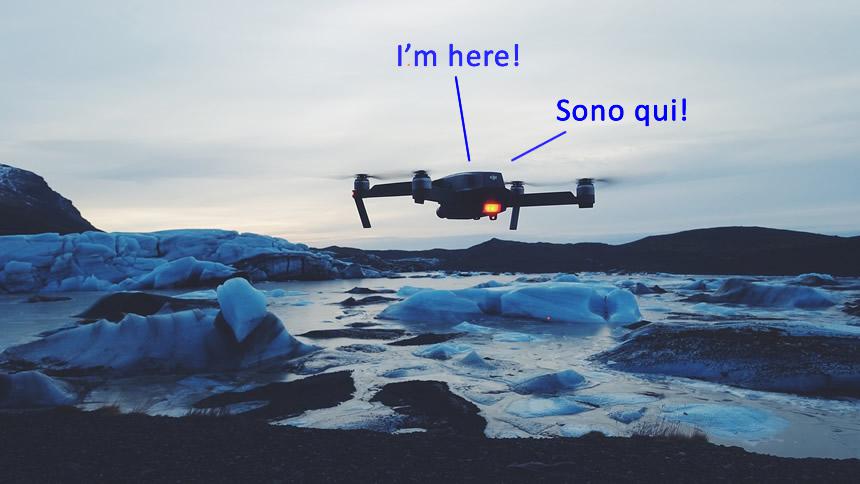 We are ever closer to the fateful 31/12/2020 (or rather to 01.01.21 because I challenge those who will go around flying with the drone on 31/12/2020), and among the obligations deriving from the entry into force of the European drone regulation (also known as EASA regulation), there is an obligation to mount the transponder on the drone. So let’s take stock also on this topic and understand if and for which drones the electronic remote identification device must be used.

Transponder for drones: what is it?

The drone transponder is an electronic identification device which, according to the European drone regulation, must be installed on all drones weighing more than 249 grams (therefore not in the case of the DJI Mini 2). The purpose of the transponder is therefore to transmit all the drone data in real time (drone position, pilot position, telemetry and drone identification, etc.), via Bluetooth or Wi-Fi with an open protocol that can be read by tablets and smartphones.

In fact, as the ENAC amendment 1 of July 14 states:

“As of January 1, 2021, the APR with a mass equal to or greater than 250 grams must be
equipped with an electronic identification system that allows for timely transmission
real data relating to the APR, the operator and / or owner and the essential flight data, as well as the
registration of the same according to the characteristics contained in the Regulations of the
Commission (EC) 2019/947 “(Source ENAC)

However, there are two very important aspects to consider:

But is the transponder mandatory or not?

Like all regulations, even those on drones, even if they are European, must always be well read and interpreted (blessed mathematics where 2 + 2 = 4 without interpretation).

So it is certain that in fact the transponder is mandatory for those drones that have CE class marking. However, as we all know, the drones that currently fly are not CE-marked.

According to article 20 of the European regulation on drones 2019/947, relating to drones that do not comply with the European regulation 2019/945 (which establishes the compliance of drones and which contains the rules and provisions relating to the CE marking), yes has the direct consequence that drones built before 01/01/2023 can continue to fly without transponders.

This apparent anachronism and contrast with what is reported above derives from the fact that ENAC manages the flight areas (through d-flight) and, for some of them, it may require the transponder (e.g. due to proximity to airports). However, it is clear that the obligation is more possible for pilots who carry out critical operations subject to authorizations by the ENAC.

However, it is important to report that in the cartography managed through the d-flight portal there are no defined flight areas subject to the use of transponder.

Note regarding the images: The basic cover image, reworked by 4mydrone is taken from pixabay.com, free for commercial use and without attribution request – Author StockSnap. The use of the images is exclusively for the purpose of a better understanding of the contents of the article.