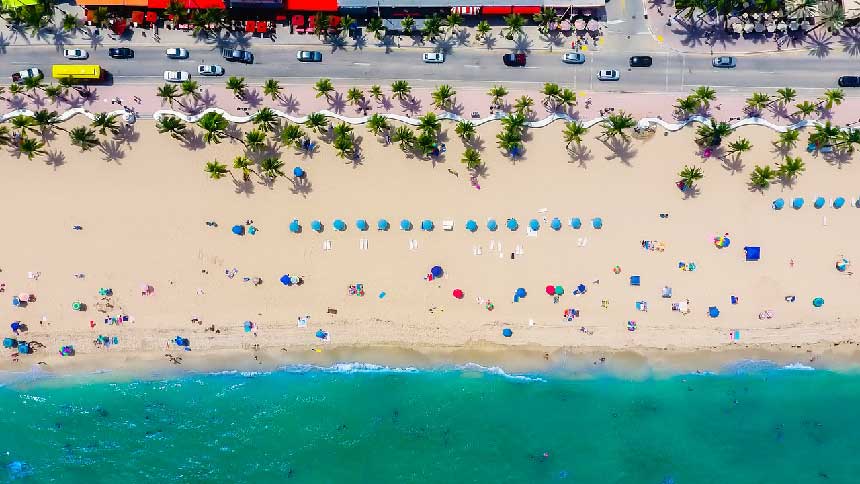 On 10th November 2020, ENAC published a draft of the new RAIT4 air rules on its website. The content of RAIT4 which was discussed in the blog article  “Air Rules – Ban on the use of drones at sea“.

The contents of the RAIT4 draft are varied and include in particular the rule that prohibits overflight of the beaches from 1 June to 30 September in the range of 100 meters upstream and downstream of the coast line for VFR flights (Visual Flight Rules). Let’s see the draft in detail.

The current RAIT4, and consequently the new draft, is part of the rules of the air and is valid for all aircraft, of which the UAS-APR-drones are part, but does not apply to model aircraft (Article 1 point 4).

The current RAIT4 (RAIT.5006) in the part relating to the minimum heights for flying over the beaches states:

“Except as provided by SERA.5005 f), except when necessary for take-off or landing at coastal airports, from 1 June to 30 September inclusive, a VFR flight must not be performed over the beaches, within 100 m on either side of the shoreline, at a height of less than 300 m (1 000 ft). This requirement does not apply to state aircraft and aircraft engaged in special operations pursuant to art. 4 of the SERA Regulation.” (Source ENAC – Air Rules)

The evident intent of the law is not to disturb those who frequent the beaches, limiting the overflight to the 100 meters upstream and downstream of the coast line (shoreline), and never to go below 300 m of altitude.

Therefore, in consideration of the fact that drones cannot fly above 120 meters, which are equivalent to aircraft and cannot fly within 100 meters upstream and downstream of the coast line (without distinction between beaches and rocks overlooking the sea), any activity with the UAS, even professional, is prohibited.

The draft of the new RAIT 4, effectively deletes the RAIT.5006, includes in the RAIT.5005 the “Visual Flight Rules” in point d) Minimum Heights – paragraph 1), reads as follows:

“In addition to SERA.5005 f), the following applies: 1) except when necessary for take-off or landing at coastal airports, from June 1 to September 30 inclusive, a VFR flight must not be performed above the beaches, within 100m of either side of the coastline, at a height of less than 300m (1000 ft). This requirement does not apply to state aircraft and aircraft engaged in special operations pursuant to art. 4 of the SERA Regulation“. (Source ENAC – Draft Rules of the Air)

At first glance the two norms (current and draft) may seem perfectly the same, but in reality the fact that the VFR (Visual Flight Rules) flight refers to aircraft pilots rather than drone pilots is made slightly more explicit in the draft. -UAS flying in VLOS (Visual Line of Sight).

But since in fact the draft regulation is still ambiguous, a clear reference to the UAS-UAS-UAS would be necessary instead of referring generically to the VFR flight.

Send observations and comments to the draft of the RAIT4

The comments can then be filled in the form whose screnshoot is shown below: 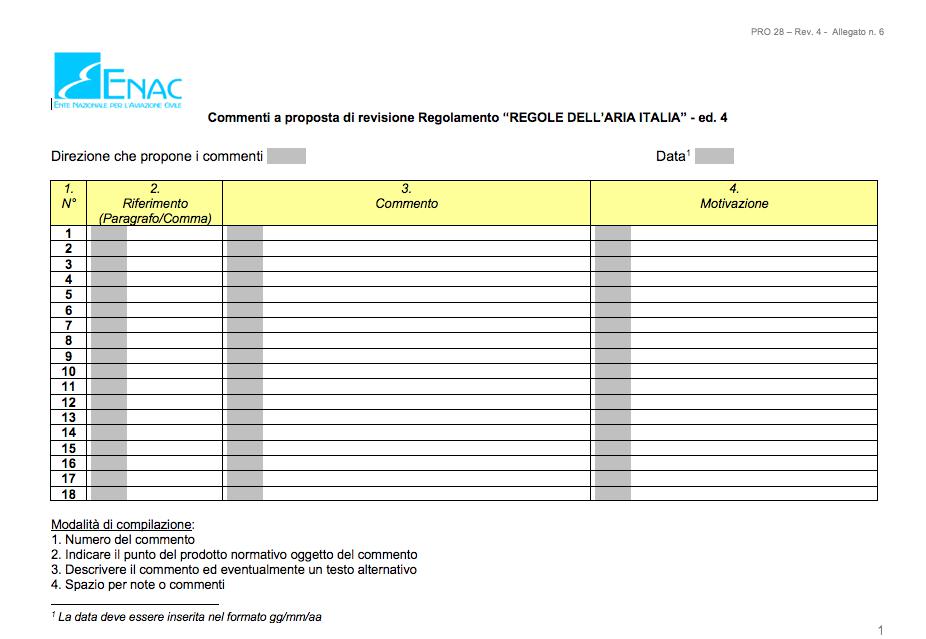 In relation to the paragraph / subparagraph of the draft, in which you are interested, you can propose your own comment, explaining the motivation.

4mydrone, in the person of the author, has already sent his comment by filling out the form as follows:

As reported above, any comments and/or observations on the contents of the RAIT4 draft can be sent within 30 days from the date of publication – 10 November 2020 – (therefore deadline 10 December 2020), to the email address:

using the above form available at the link, filling it in duly.

Since this is indeed a great opportunity on the part of ENAC, please respond in large numbers.

Note regarding the images: The cover image is taken from pixabay.com, free for commercial use, with no request for attribution and the author is David Mark. The screnshoot of the form for sending comments is taken from the ENAC website, which is its legitimate owner. The use of the images is exclusively for the purpose of a better understanding of the contents of the article.