Ingenuity – The Martian drone is ready for take-off 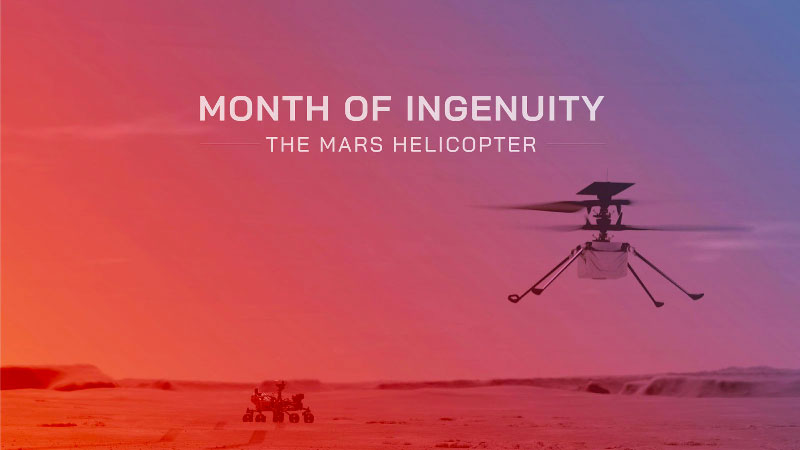 Unfortunately, due to an error recorded during a high-speed spin test of the rotors of the small drone-UAS Ingenuity, Ingenuity’s first flight in the Martian atmosphere has been postponed. The next attempt, if all pre-flight checks are positive, is postponed to April 14th. Fingers crossed and await communications from NASA!

In the meantime, I am attaching some interesting resources, made available by NASA, for the little ones:

April is definitely the month of Ingenuity, the martian UAS-drone landed on Mars with the NASA Perseverance probe “dumped” on the red planet on 18 February 2021 at 21:55 Italian time.

In fact, this month is full of commitments for Ingenuity:

As specified in the section of the NASA website relating to Ingenuity, in the sessions of April 9 and 12 it will also be possible to ask live questions about the drone-UAS Ingenuity, its mission and other related aspects. 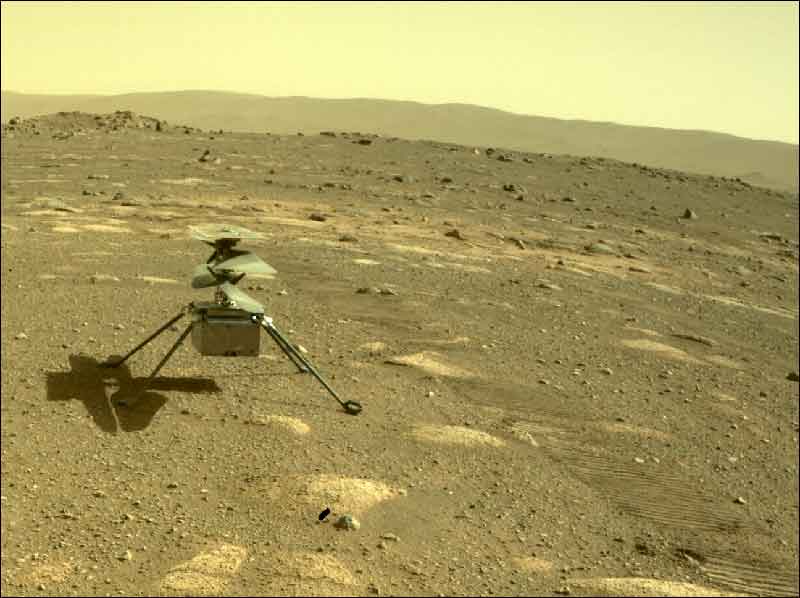 Ingenuity – The specs of the Martian UAS-drone

Accustomed as we are to the specifications of terrestrial UAS-drones such as DJI Mini 2 or Mavic, where the flight time, weight and the equipment of payloads are the fundamental elements, it is interesting to know the technical specifications (specs in English) of a UAS-drone. for extraterrestrial flight as in the case of Ingenuity (link NASA website): 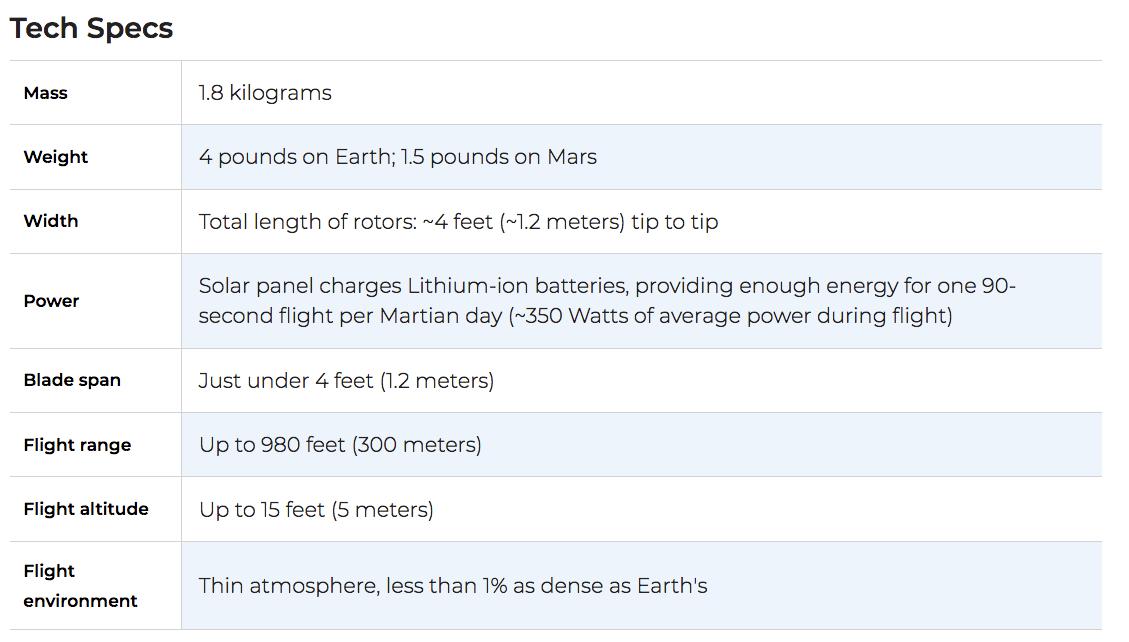 It should be noted that compared to a mass of 1.8 kg which on Earth corresponds to a weight of 1.81437 kg, on Mars Ingenuity has a weight of only 680 grams, therefore it can be driven without pilot certificate A1-A3 ;-)))).

Obviously flight time, maximum distance and height are absolutely not comparable with a terrestrial UAS-drone! 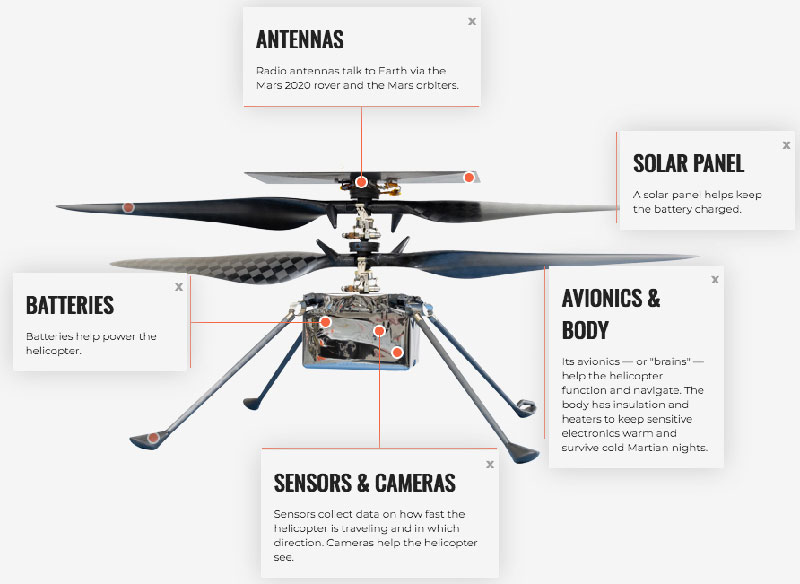 Waiting the first flight mission of Ingenuity, after its release on the cold Martian soil on April 4th, there are other important milestones that Ingenuity must complete both before its take-off, and to consider its mission completed, which consist of:

On the other hand, the small UAS-drone has already given proof of endurance, completing the following operations (milestones):

Awaiting the first Ingenuity flight attempt scheduled for April 12, 2021, at 16:00, we just have to wait, and reflect that any idea on the use of UAS-drones as research tools or professional use can be important and represent a business opportunity.

In this regard, I would like to remind those interested in developing business opportunities with UAS drones the only organization with technical and operational knowledge able to support the development of projects with UAS drones: DroneStartUp.