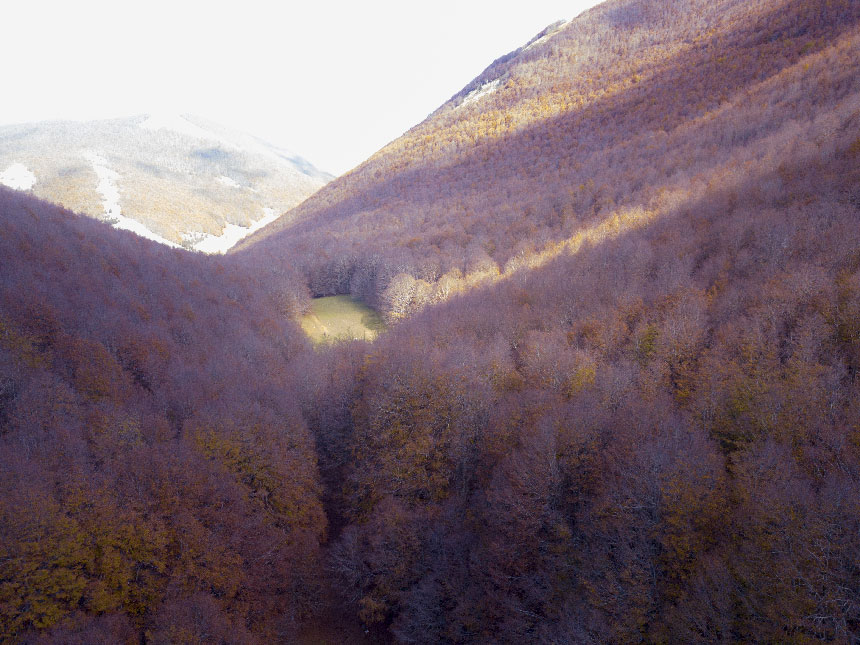 The d-flight maps, on the fly zones, available on the d-flight portal should always provide complete and exhaustive information to drone pilots about the areas where it is possible to fly.

In practice this is not the case as there are areas – whose unofficial classification is R – Restricted, or regulated -, but many of these are by no means reported as such. Which? The National Parks.

So let’s see how d-flight classifies National Parks and what authorization procedure to follow to fly in a National Park as a non-professional pilot.

In Italy there are 26 National Parks, located throughout the peninsula from North to South, including the islands.

The list – in evolution as there are 5 additional parks in progress – currently includes the following Parks (in alphabetical order): 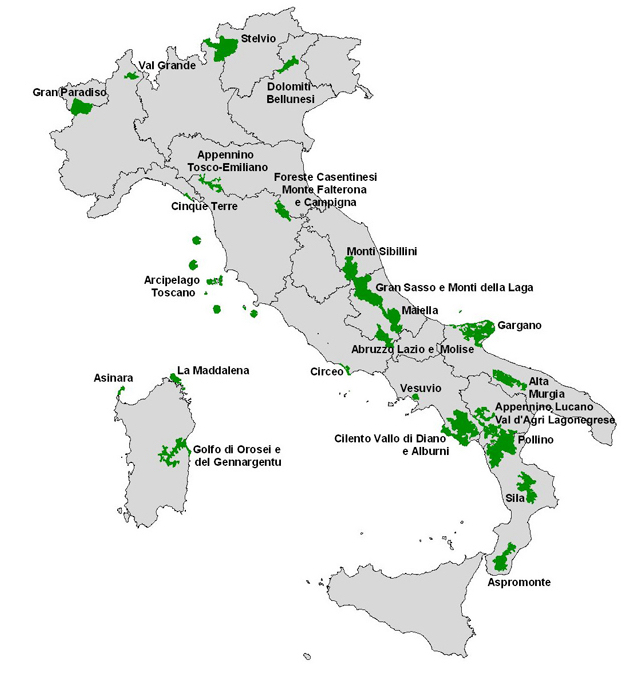 Map of Italian National Parks – Source Ministry of the Environment

The aforementioned Parks were established between 1922 and 2016, and cover an area of over 1,600,000 hectares (16,000 km²), which correspond to approximately 5.3% of the Italian national territory, therefore a non-negligible portion of the our territory.

Evidently a little piece of stuff for d-flight, so much so that for these two Parks, and several others of those listed, no flight restrictions are at all highlighted on the d-flight maps. 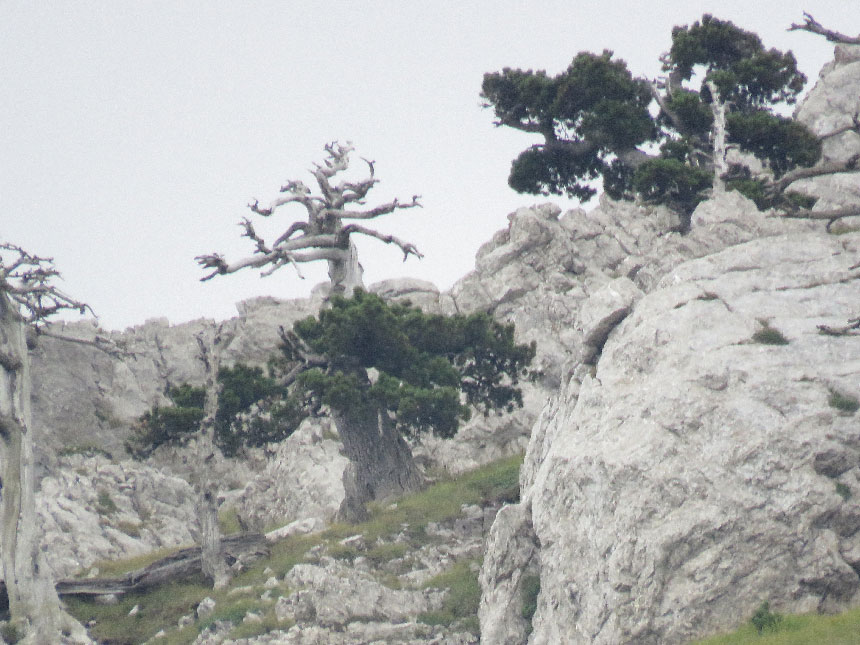 On the other hand, in the Abruzzo National Park, Civitella Alfedena, also known for the museum and the wildlife park dedicated to the wolf, coordinates N 41° 46 ’47 “- E 13° 55′ 26”, the flight with drones is forbidden for the purpose as the pop-up d-flight states “to protect the environment of certain protected areas within nature reserves”. The pop-up of the d-flight map also refers to the note AIP ENR 5.6.1.1-1.

Flying in a park (note that it is also possible to define it as a drone operation area !!), involves penalties and not just, so d-flight should make an effort and provide a better service if it wants its maps to be taken as a reference by the drone pilots.

Flying with the drone in a Italian National Park

Flying in a Italian National Park, we said, is not allowed, unless you have obtained a specific authorization from the Park Authority. So let’s see the necessary permissions to fly in a National Park.

Authorization request to the Park Authority

The request to be sent must contain the following information:

With reference to the purpose of the flight, it is good to be as clear as possible, indicating for example that these are photos and videos for hobby and / or personal non-profit use, or for a personal study activity on the area, etc. Make yourself available to share the material captured via drone with the Park Authority.

It is also good that you highlight in your request, that during the flight with drone you will carefully avoid causing danger or disturbance to natural fauna or to that introduced by man (flocks, grazing cattle, etc.), that you will not fly over gatherings of people where present and that you will respect the limits and flight rules imposed by your pilot certificate “Non-Critical Operations”.

In consideration of the response times from the park authority and the consequent bureaucracy (posting of the request for 15 days on the park’s praetorian notice board, etc.), it is advisable to submit the request at least 60-70 days before the date scheduled for the flight, perhaps requesting a time slot “from … to …” to cover the inevitable jokes of the weather.

Approval will be sent to you via PEC, but it is not excluded that you may have to go to the Park Management to validate the authorization with the affixing of a revenue stamp.

In theory, through the d-flight maps, you should be able to understand whether or not it is necessary to inform ENAC of your flight. In fact, authorization from ENAC may not be necessary, but given the “random” character with which the d-flight maps report information, it is good to contact the d-flight support at the same time that the application is submitted to the Park Authority to ask for information about it for the area of your interest. If this is necessary, once permission has been obtained from the Park Authority, start the ENAC authorization procedure.

Having obtained the authorization to fly from the Park Authority and possibly from ENAC does not mean that you can fly with the drone without fulfilling other obligations.

The authorization granted by the Park generally has prescriptions. The most common are those that require the communication of the flight activity, before it is carried out, both to the Park Authority and to the Forestry Police (Carabinieri Forestali).

At least a couple of days in advance of the day scheduled for the flight, via certified e-mail, you must notify the park authority of the flight activity.

The email, which will contain both the reference of the authorization issued by the Park, and the possible one from ENAC (to be attached in scanned copy), and must clearly indicate:

Print a copy of the email to attach it to the documentation you will take with you.

The email, which will contain both the reference of the authorization issued by the Park Authority, and the possible one of ENAC (to be attached as scanned copies), and must clearly indicate:

It is good practice to reiterate your intention to avoid causing danger or disturbance to natural or man-made fauna (flocks, grazing cattle, etc.). Once this is done, print a copy and include it in the documentation you will carry with you.

Documentation to bring with you

Since the pilot of an amateur drone must rightly respect the rules, you will have to bring with you a copy of the documents relating to the drone, your pilot certificate and the authorizations obtained to fly in the Park.

Keep in mind that the Forestry Carabinieri could visit you!

Furthermore, even if it is not required for amateur drone pilots, it is good practice in this case to wear the yellow jacket with the words “APR(UAS) pilot”, so that it can be easily identified if necessary.

Flying in a National Park is a truly unique experience as it is possible to grasp the unknown aspects of these wonderful natural oases from above.

However, flying with a drone in a National Park is not easy, but not impossible.

On the basis of personal experience, I recommend to approach the necessary authorizations in a pragmatic way, and to take a look at the d-flight maps with a critical eye in order not to incur dangerous non-compliance, given the current non-total compliance of the maps with the rules of the air provided for certain areas of our territory.

Note regarding the images: The photo of the cover image was made by 4mydrone (location Malevento path Pollino National Park), as well as the photo in the article (Pollino – Pini Loricati). The image relating to the map of the Italian National Parks is taken from the website of the Ministry of the Environment which is the legitimate owner. The use of images is exclusively for the purpose of better understanding the contents of the article.