written by Fabio Affortunato 24 May 2021 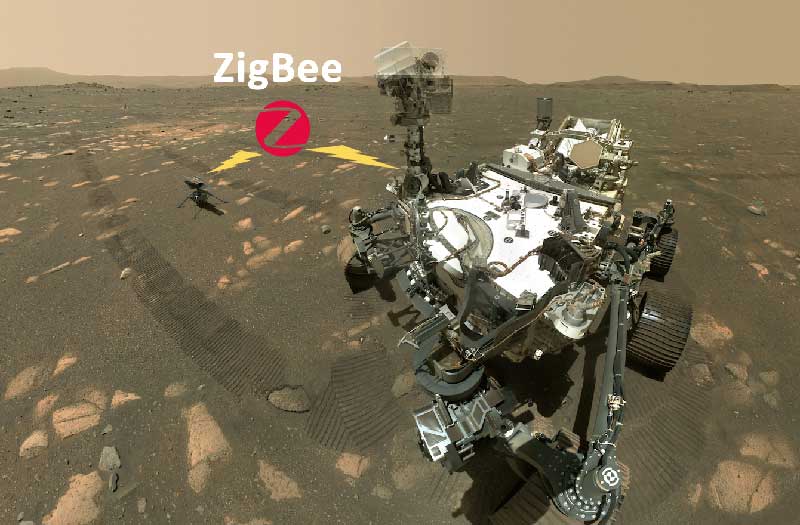 Ingenuity, NASA’s Martian drone, has successfully completed its fifth flight which closes the drone’s pilot flight testing phase on Mars. In fact, once this phase is over, Ingenuity is expected to play an operational role in support of Persevernace, as hypothesized by NASA after the success of the “back and forth” missions performed by the drone up to now.

The Ingenuity helicopter drone therefore has a new mission, with greater added value, having demonstrated that motorized and controlled flight on the Red Planet is manageable, Ingenuity will soon begin a new phase of support for operations, exploring (aerial scouting) areas that could be subject to future exploration.

The purpose is clear from the full text of NASA relating to the article “NASA’s Ingenuity Helicopter to Begin New Demonstration Phase’ (link page ):

“Ingenuity’s transition from conducting a technology demonstration to an operations demonstration brings with it a new flight envelope. Along with those one-way flights, there will be more precise maneuvers, greater use of its aerial observation skills, and more risks in general.

The change also means that Ingenuity will require less support from the Perseverance rover team, which is looking forward to targets to take rock and sediment samples for ancient microscopic life forms. On April 26 – the 66th sol of the mission, or Martian day – Perseverance drove 10 meters with the aim of identifying targets.

With the short trip, we’ve already begun our journey south to a place the science team deems worthy of investigation and our first sampling, ” said Ken Farley, project scientist for Caltech’s Perseverance Rover in Pasadena, California. . – We will spend the next two hundred sols running our first scientific campaign in search of an interesting rocky outcrop along this 2 kilometer (1.24 mile) crater bottom stretch before heading probably north and then west towards the river delta Jezero crater fossil.

With short trips planned for short-term Perseverance, Ingenuity could perform flights that land near the rover’s current location or its next planned parking lot. The helicopter can exploit these opportunities to perform aerial observations of rover science targets, potential rover routes and inaccessible features, while also acquiring stereo images for digital elevation maps. The lessons learned from these efforts will provide a significant benefit to future mission planners. These exploration flights are a bonus and not a requirement for Perseverance to complete its science mission.

Flight cadence during the demonstration phase of Ingenuity’s operations will slow from once every few days to about once every two to three weeks, and raids will be scheduled to avoid interfering with Perseverance’s scientific operations. The team will evaluate flight operations after 30 sol and complete flight operations by the end of August. This timing will allow the rover team to wrap up their planned scientific activities and prepare for the solar conjunction, the period in mid-October when Mars and Earth are on opposite sides of the Sun, blocking communications.

We so appreciated the support provided by the Perseverance rover team during our technology demonstration phase – said MiMi Aung, Ingenuity project manager at NASA’s Jet Propulsion Laboratory (JPL) in Southern California. – We now have the ability to pay it forward, demonstrating for future robotic and even manned missions the benefits of having a partner nearby who can provide a different perspective, the one from the sky. We will take this opportunity and run with it – and fly with it.”

Inegnuity & Perseverance – A dialogue through the ZigBee protocol

Ingenuity and Perseverance (the NASA robot), speak to each other through the “language” (correctly protocol) ZigBee, which is a wireless communication standard based on the IEEE 802.15.4 specification. ZigBee protocols are designed and used for applications with low transfer rate (data transfer rate) and power consumption.

The ZigBee protocol is used in industry, for telecommunications, home automation and other fields. In practice, it is a simple and robust protocol with low consumption, with transfer speeds that are not excellent but stable and with a low interruption rate. The ZigBee protocol on Mars, where there are no obstacles and the atmosphere is thin, can extend its range (distance) even by about twenty times compared to the Earth, whose range is about 100 meters.

In the terrestrial environment, a typical application of the ZigBee protocol is to connect and communicate “smart” devices, such as household appliances, remote home automation management (lighting, roller shutters, etc.), and security systems.

Image Credits: The cover image is taken from the NASA website (NASA / JPL-Caltech / MSSS), and was processed by 4mydrone. The ZigBee logo in the cover image is for free use and was created by Icon8. The image in the post is owned by NASA and is taken from the NASA website (link). The use of images is exclusively for the purpose of a better understanding of the contents of the article. Thanks to NASA for sharing these wonderful images.